The Uri Foundation celebrates its founding

The international and non-profit foundation Oronos, based in Uri, looks back on a weekend full of dance, music and fireworks. 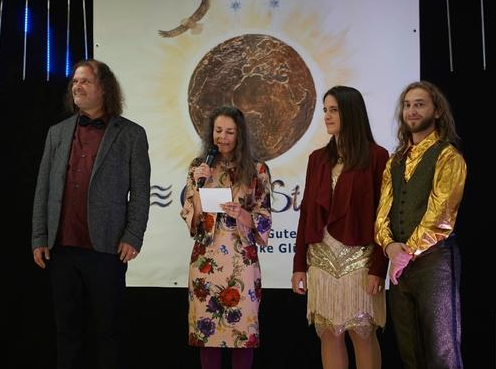 The Oronos Foundation is establishing almost 200 peace centres around the world under the motto “Make good things happen – give happiness”. (Image: PD)

The foundation party started on Friday evening with a champagne reception, an impressive fireworks display and a 3-course gala dinner. The evening was accompanied by the versatile musician family Ramminger from Austria.

The Saturday programme was a colourful mix. The “Fyrabig Jodlers” from Schwyz, for instance, sang cheerful songs while they were accompanied by two alpine horn players. The Ramminger family ended the session with another musical treat. The afternoon continued with a show by star juggler Kaspar Tribelhorn.

Later, the children of the creative children’s circus Piccolo delighted the audience. In the evening the guests applauded the musicians Maria Kamaya Wunram, Stefan Frommherz and Vincenzo. The party ended with dancing and celebrations in the Aouyash disco until after midnight.

International foundation is based in Altdorf

The Oronos Foundation is based in Altdorf and was founded on 5 July this year by the Foundation Board Marianne Amsler (Switzerland), Eva Hemm (Germany) and Stefan Sieberer (Austria). With its vision “Move good things – give happiness”, 194 Peace Centres are being established and administered around the globe to enable people, animals and plants, but especially children, to have a healthy, happy and peaceful future. A future in which people learn to live in community and with nature again. “Through new knowledge, people can free themselves from their dependencies and develop new holistic ways of life based on trust, security and mutual respect,” the foundation writes in a communication. (pd/RIN)